Too Many Toys Syndrome

Home » Toys » Too Many Toys Syndrome

Though it may be hard to comprehend, Too Many Toys Syndrome really does exist!

While we may initially think that children can never have enough toys to play with, this is an actual condition backed by scientific research. It suggests sometimes we can be too overzealous with the number and different types of toys we offer our children!

So, what exactly is Too Many Toys Syndrome, what damage can it cause, and what are the signs your child may be suffering from it?

What is Too Many Toys Syndrome? 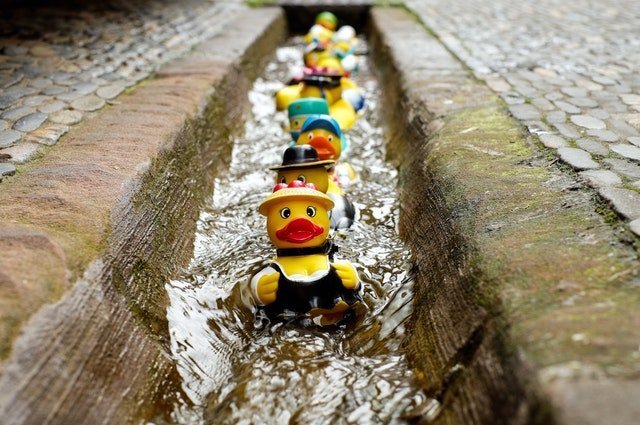 In its simplest form, Too Many Toys Syndrome is precisely that; too many toys!

It’s all about having a home full of excess toys. These, more than likely, hardly get used, lay around, pile up, and soon become forgotten. Only, instead of being dealt with, they’re joined by a new one in a matter of weeks or even days.

Though it may not initially sound such a severe syndrome upon first glance, what it can do to impact a child’s development is the more problematic here.

However, it’s perhaps one of the easier of syndromes in a child to diagnose and doesn’t need physicians or doctors to confirm. A parent or guardian can do the job just as well here, if not better, for they are ideally placed on recognizing its symptoms.

If your child is regularly displaying specific signs, it may be a case of too many toys impairing their child development:

How Do Too Many Toys Impact Child Development?

On a more serious note, we aren’t talking here about toys taking up too much space, but instead the adverse effects that are often as a result of over excessive purchasing and storing of toys.

The problem with having a toy given to them whenever they want it means children rarely have to put in any effort to achieve it – because they’ll end up receiving it regardless.

This is no good for self-esteem, neither does it set a good example for how to behave with possessions in the future.

Therefore, if your child wants a toy, this is a great time to encourage them to wait for a little while or do something to earn it.

Being able to work towards something may be an effort, but the value of having the opportunity to do so and then being worthy of receiving that toy is a skill children need to learn as whole rounded individuals.

Furthermore, it prevents the social consumerism that we see too much off these days with so many children not only receiving more and more expensive gifts for Christmas but all throughout the year as well.

In reality, there’s very little for children to aim for if it’s all handed to them on a plate. But by continually piling up their toy stocks, that’s precisely what we’re telling them!

The Minimalist Approach to Toys

It’s not difficult to achieve a more minimal structure of toys, and you don’t have to strip your child of all their toys to accomplish this.

Before you start, think of how often your child can physically play with all of the toys they already own. Hardly any child will play with all their toys – it’s almost impossible!

Begin placing those toys you know your child rarely chooses, or perhaps has never even touched, into a box.

Work on removing them gradually from the room, therefore leaving a smaller selection of preferred and played with toys instead.

Take this opportunity to help others and consider getting your child to donate those unwanted toys to children that have no toys. Many kids love the idea of helping other children, so they’ll be more likely to want to do this.

Arrange to allow them to regularly come with you to donate so they can see the joy it brings other children.

Better still, set a small box aside to encourage them to place those toys they no longer want into it – but on their own terms and within their own time.

Stop buying toys throughout the year for no real reason other than you can! Quite simply when we take our children shopping, we all tend to cave in, even to those magazines with free toys on the cover.

If you can do so, refrain from regularly taking your children food/grocery shopping with you. If you have to, try to steer clear from those toy isles that distract them – especially in the first few weeks as they readjust.

If you’re really struggling with other people purchasing toys, talk to friends and relatives and let them know your problem. Suggest alternatives such as vouchers, books, or even experiences.

Yes, this may all take a little time, and there may be a few tears along the way – from both you and your child! However, long term, this minimalist approach to toys could be the best thing you ever do for your child’s emotional and physical development.

Many children are at risk from Too Many Toys Syndrome, but it’s easily solved. So, if you feel your child may be lacking in motivation, now could be the best time to start re-thinking their current toy situation and exactly how they receive them.

This isn’t meant as a punishment for your child, rather the reverse. Because by effectively getting the balance right here, you allow them the room to open up their imagination and creativity.

Incorporate other adventures such as drawing, climbing, making, role play, and physical activities. This way you give them chances to explore and create their own worlds, while not relying on manufactured toys each time!

Ultimately, you work to make playtime exciting once again. Yes, children deserve toys – but they also deserve the freedom to create their own imaginative play as well.