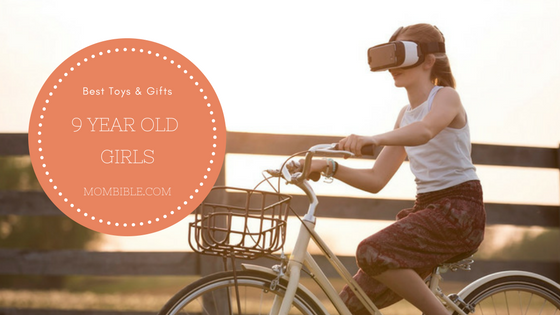 At 9 years old a young lady will have already a good idea of her interests and passions in life but recognizes there is still so much more to explore and find out about the world. At this age, they are usually keenly interested in both amassing more knowledge and sharpening their skills whilst developing new skills as they go; looking forward to the big one-zero!

When looking for a gift for a 9 years old girl there’s so much to choose from because even though they may have developed an idea of things they don’t like, they are always curious to try new things, especially if they can relate. The best toys out there will not only be fun and engaging but will act as an extension of the kid’s personality as she goes through life trying new things and investing in her new found passions!

Stuffed animals are a favorite toy choice for young girls and by the age of 9, they’re almost certain to have a collection of favorites. This stuffed bunny by Melissa & Doug would be a fine addition to any stuffed animal collection due to its high-quality build and super cure design.

It would be easy for a child to make a great connection with this sweet toy as it is personified by its really soft fluffy fur, slightly heavy, floppy limbs and a look on its face of genuine love. I wonder what name you can give it; floppy, hopper, snowball or thumper maybe?

Maybe she’s interested in plants and flowers or just loves being outside in the yard in general? Give her an opportunity to get involved with gardening which is a wonderful, fulfilling hobby that promotes patience and persistence. Successfully growing a plant or vegetable is an amazing experience and gives a massive boost of pride and self-confidence which is extremely important for a child as they build their character.

The watering can is made mostly of plastic, except the carrying handle which is made from rope that gives it an authentic, rustic feel. There is a rake and a shovel included but they are also plastic so there are no safety issues when considering the use of these tools but they still can be used effectively for managing a small plot.

Girls at this age get really interested in creativity and art and PlayFoam really lets them get hands-on in creating something from their imagination using their hands. The product consists of a mass of micro-balls which stick together and mold very easily in a similar way to dough the only exception is they do not get stuck in fabrics and are mess free.

The pack includes multiple color options too; including blue, green, purple, pink, yellow, and orange so the kids have can delve into their inner creative genius and make whatever is on their mind. It’s certainly a perfect toy for the playroom and is great to get out when the kids get together so they express themselves freely and show off their creations.

In the vein of getting creative, come summertime kids love to play out with their friends and they often find pieces of chalk to write and draw on the pavement. The Crayola Glitter Sidewalk Chalk adds a burst of color to the streets and glistens in the sunlight when kids use them to express their artistic side.

You will receive 5 jumbo pieces of chalk in a pack of the colors blue, pink, orange, yellow and green which allow them to really spice up their street art. They’re shaped so that the chalk does not roll away and get lost if the kids drop them and the chalk is not permanent and dissolves when it rains so there’s no environmental concern.

Crate Creatures are a wonderful gift toy for kids who love monsters and beasts and like to express their wild side. They are well designed artistic toys that come as part of a collection; they arrive in a cool looking crate which is guarded by chains, bars, and warning signs. They are an awesome collectible for a 9-year-old girl to have.

Each crate creature has their own unique sounds and favorite food. When you first give her the crate she’ll be thrilled by the growling and vibrating of the creature which wants to escape. Use the plastic crowbar to unlock the padlocked chains and out pops your creature of choice. They react when you knock them over and tip them up, they make munching sounds when you place their favorite food in their mouth and they can also record and playback audio! Sizzle here particularly loves toasted marsh mellow.

Both Minecraft and Lego are much loved, big hits among kids, so it was the greatest idea ever to combine the two as they go so well together! Both allow children to imagine and create, to build their own worlds and to destroy them and start all over again. The game of Minecraft has a world which contains many biomes and the mushroom biome is the one featured in this product, others are available with different sets.

Not only does it come with mushroom world themed blocks so the kid can build up a world of her own but you also get the figurine of female character Alex, a creeper, a mooshroom and a baby mooshroom. Your child will be able to build up her own world and use her imagination to inhabit this world herself by mining and setting up her own farm just like in the game!

Kids who love stuffed animals and comedy might like to try their hand at ventriloquism, it’s an act that’s loved by many people and looks great at school performances! It’s an art form which requires such coordination to be able to control the puppet and speak all the while making it look like the sound does not come from your own mouth.

This particular ventriloquist puppet is high quality, a wonderful character in itself whilst still remaining neutral so your kid can give any personality to it that they wish. It’s a funky purple color, nice soft, fluffy, looks very friendly and is lightweight. What’s also awesome is that it can be dressed in children’s sized clothes so a personal touch can be added to further design its character.

Made By Me Create Your Own Window Art

Let the kids add a bit of color to their bedroom window with this window art kit. They can fill in the designed with the colors supplied to show off their individuality and their creative talent, this toy can also be made into a fun project that can be shared among multiple children.

Blank canvases are supplied which can be filled in, however, the child wants with vibrant glitter paint or you can design your very own shapes! They can then be cut out and attached to the window and the colors reflect the sunlight giving the room a lovely atmosphere.

When it comes around to summer the kids love to have fun outside, and there’s nothing more refreshing in truly hot weather than splashing around in the water. This fire hydrant water sprinkler is a great addition to any pool party and it can spray pretty far so adjust the water pressure accordingly!

Watch as the kids leap through the fountain of water just to get drenched, it’s a good way to get them used to the water before jumping in the pool or, if you haven’t got a very big yard it’s a good alternative to a space consuming pool.

A great toy to get the kids settled down and doing some arts and crafts is this speckled stone owl which is supplied with a paintbrush and a set of paints for the kids to decorate how they like. It’s a really calming activity for them as they create their own pet which also double-up as a garden or shelve ornament.

Apart from the stone owl, you get a paintbrush and 6 paints in several colors; green, blue, red, yellow, green and white. What’s particularly fantastic is that the paints are weatherproof so you can keep the owl in the yard as a pretty ornament which will not get damaged by the rain.

Browse for toys and gifts by age: 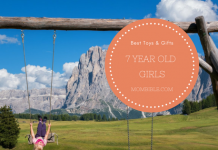 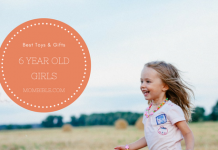