Positive Effects of Being Spanked As a Child

Seen by many parents and people as an archaic form of discipline, spanking seems to remain a popular practice for punishing disobedient kids today. There’s no doubt that spanking has been a practice carried out for generations, but does that make it right?

It remains a widely debated issue, with many commentators often simply stating that “It never did me any harm”, so what is the truth? And does spanking have its place in the present day?

Even today, recent polling suggests that the majority of Americans agree that spanking their own kids is sometimes a suitable form of punishment. However, most studies that have been conducted on the subject of spanking frequently highlight the negative impact spanking has on children.

The conflict between the consensus of parental opinion and data can be quite difficult to believe, so why do so many parents think it’s a good idea?

What Exactly is Spanking?

Spanking is a form of corporal punishment in which a parent or guardian purposely inflicts pain as a form of punishment. This varies between cultures, different generations and throughout the world, some may think it is appropriate to use a small slap, a kick or place a child in an uncomfortable position.

For this reason, debates in the public about what is appropriate can become heated. However, according to the American Academy of Pediatrics “Corporal punishment involves the application of some form of physical pain in response to undesirable behavior”.

Pros of Spanking Your Child

Common reasons for parents believing spanking is a positive form of punishment are arguably quite justified in their rationale. They mainly include a belief that the child will associate bad behavior with the fear of being spanked or that it may “shock them” into not misbehaving in future.

Teaching your child to cross the road is a common scenario in which the “shock tactic” may commonly be employed. Obviously, roads are busy and naturally home to moving vehicles that are potentially fatal, so it goes without saying that all parents want their children to act responsibly and be well behaved around roads.

However, if your child was to step out onto the road without waiting for your instruction, you would hopefully grab them back as soon as possible and want to make sure they never do it again. Therefore, in such a circumstance many might find the shock tactic of spanking may alter their long-term behavior around roads. However, the reality is that there remains very little evidence to support this argument.

#2 Positive Effects of Being Spanked as a Child

The majority of studies carried out on child discipline and corporal punishment typically suggest that it has a host of negative effects on the child. There is a clear lack of studies that indicate the opposite is true, but there are some that indicate potential positives for spanking in certain circumstances.

The key takes away message from the studies that suggest potential pros for spanking is that it may be effective in “non-abusive, disciplinary” environments by loving and well-intentioned parents.

A common argument made by non-experts and everyday parents is that parents ought to lead by example, which in turn fosters positive character traits in children. Therefore, by spanking your child, many argue that it is teaching them how to be aggressive.

Many studies support this, as this expert review discusses, studies over the last 20 years repeatedly demonstrate that “physical punishment was associated with higher levels of aggression against parents, siblings, peers, and spouses.”

It is an especially worrying insight to discover that the Public Health Agency of Canada found that majority of physical abuse of children occurs in the context of physical punishment.

For these reasons, many countries have strict definitions and laws determining what are appropriate. In all 50 states of the US, no law forbids the use of corporal punishment if it is reasonable and does not cause injury.

Expert’s guidance on spanking is clear – it should be used less frequently in older children and only ever used in the right circumstances.

For example, it should only be administered in the event of wilful disobedience and never for small acts of unruliness.  It also crucial to remember that it is meant to be a last resort and should never be stimulated by negative emotions such as anger.

#3 The Conesus is clear

If you’re wondering what the experts view about spanking is, it’s clear – the majority of organizations that are involved in family life have all come out to condemn spanking.

Most notably, this includes The American Association of Pediatrics (AAP) who advises against spanking in any circumstance.

So what is the alternative to spanking?

After reading this, you may be thinking what you can do to discipline even the most unruly child? Thankfully there are a variety of techniques you can use that are solidly backed up by years of research and get the thumbs up from many experts.

To start you need to consider your child’s age since this is a big factor is choosing the most appropriate type of discipline, younger children have poor memories, and therefore, action needs to occur immediately after the behavior has occurred.

Strategies recommended by the AAP include natural consequences – in which you allow your child to see the consequence of their actions e.g. if they break a toy they will no longer be able to play with it.

Another strategy is called logical consequences e.g. if you explain to them that they won’t be able to play on their tablet for the rest of the day if they don’t come and join you at the dinner table.

This obviously requires you to follow through with the consequence if they fail to listen and respond to your request. For more in-depth information on displacing your child check out this page on the AAP website. 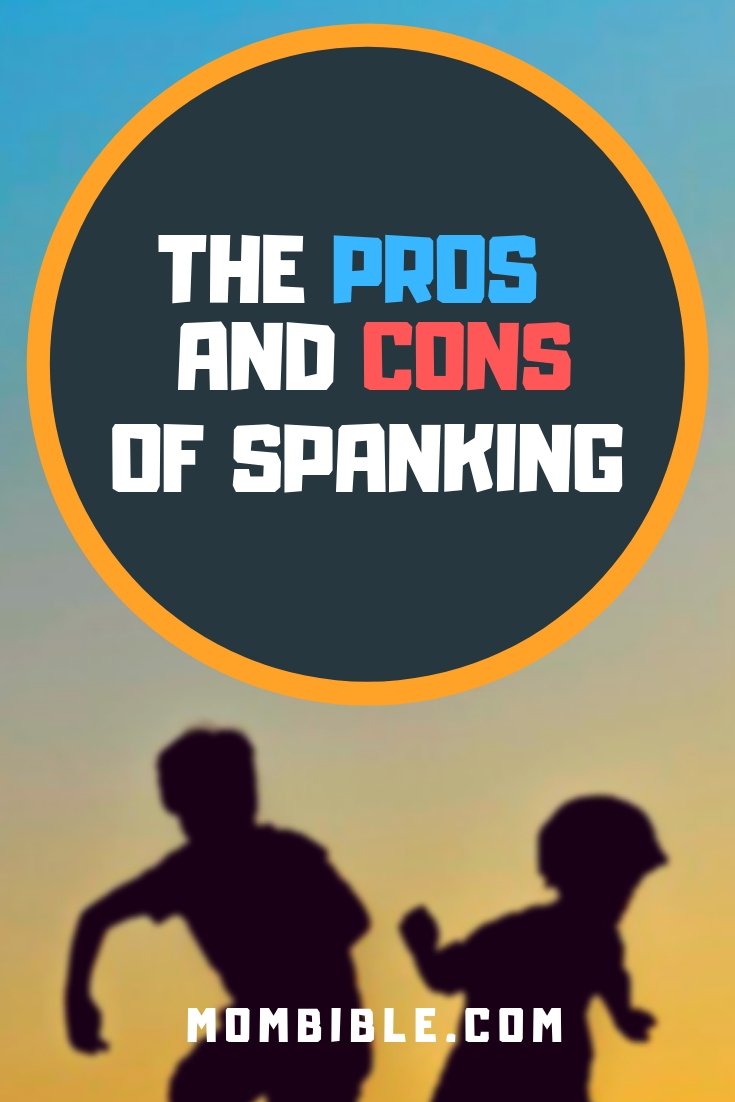 Pros and Cons of Spanking Conclusion

It is clear that although corporal punishment such as spanking remains a popular discipline strategy among many Americans today, the evidence suggests it does not have the desired effects and many experts including the AAP do not support its use.

On the other hand, there is a range of discipline strategies you can employ that are encouraged by many experts in the field, so it’s certainly worth considering these.

If you feel you have no option remaining but to spank your child or that you want help with discipline strategies it is certainly worth seeking the advice of your paediatrician.

5 thoughts on “Positive Effects of Being Spanked As a Child”